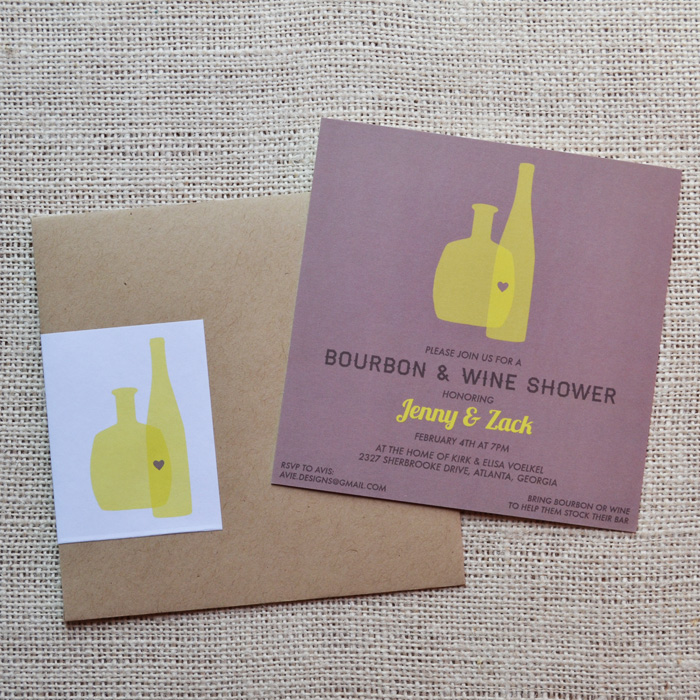 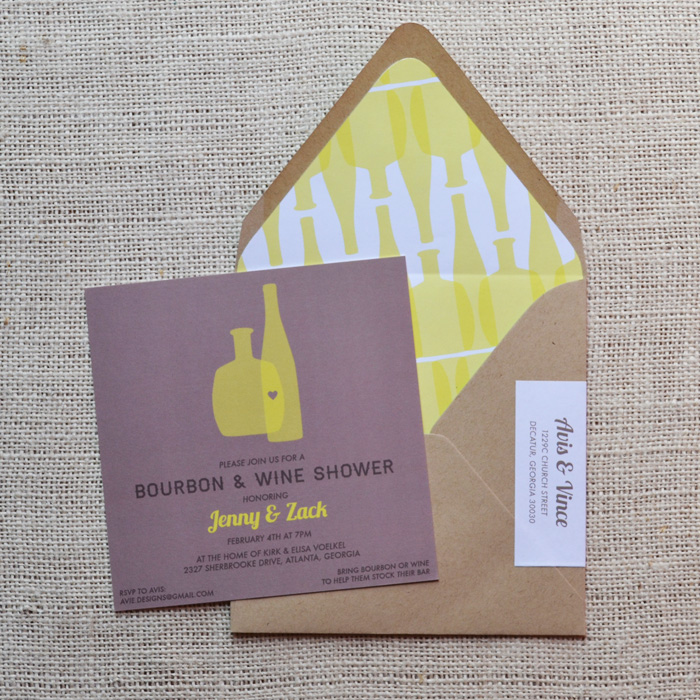 I hope your weekend was a packed with fun as mine was. I finally hosted a shower that I’ve been planning for a while. So a lot of the weekend was filled with cooking and prepping and a little football 🙂
Here is the invitation I designed for the couples, stock the bar shower. I called it a Bourbon & Wine Shower because my friends wanted to be more specific about the type of alcohol they wanted to receive. I think it’s a good idea for anyone. How about a Whiskey & Champagne Shower? Doesn’t it just sound more fun than boring ol’ Stock the Bar?
I actually traced the type of bourbon and wine bottles that they usually drink to personalize it more. I guess there are some perks to being friends with a stationer. I’m not usually big on hearts but I think the well placed heart is what made the invitation. I also choose yellow because it’s my friend’s favorite color.
So the party was a hit, sorry there are no pictures but I was having fun instead of being the photographer. We had good food, good drinks and great company.
The good news for you is that I am now offering this invitation for sale. I really want to start designing more party invites and this is my first one. I am going to be working on a full line but this is to just get you started. You can pick yours up here.

Oh, by the way. I made this chocolate mousse and it was a hit. It took me about 30 minutes of whipping by hand to get it to thicken up but it was worth it. So the “in 5 minutes” may be incorrect but maybe it’s because I made much more than the recipe calls for.  It was very rich so we just piped a tablespoon into store bought tart shells and topped with homemade amaretto whipped cream. YUM!

MINTED FOR BABY & MY THOUGHTS